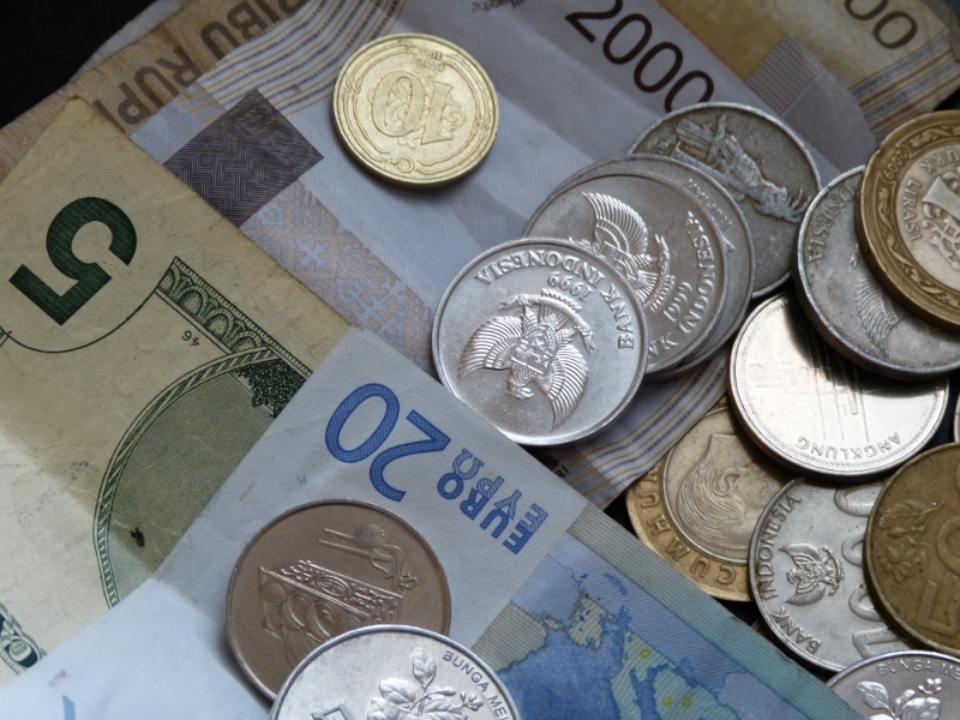 Our expenses in Europe in 2013

This is the third part of recapping our long summer in Europe in 2013. In this one I go through our living expenses and let you know how (terribly?) much we spent. You can read about our experiences and about our accommodation in the previous posts.

We were surprised to find that our average daily spending in Europe was about the same as in South-East Asia (78,60€ vs. 78,30€). - What does that tell about our spending in South-East Asia?? The difference was where the money was spent. We like to eat well and we love good wine, so in Europe we ended up spending 38€ per day for food and drinks (28€ in Asia). On the other hand, accommodation was cheaper than we expected. Our daily average was 19,50€, but I do have to admit that does include couple of months without accommodation costs in Finland. But even when calculating just the other countries, we averaged at 33,50€ per night (23€ in Asia). I think this is very good, taking into consideration that we also visited more expensive cities like Paris and Barcelona, and didn't stay in any hostels. In most of the cities we rented an apartment or a room. Rest (20€) was spent on other things, mainly some shopping and other miscellaneous costs (27€ in Asia).

In general the longer we stayed somewhere, the cheaper it was. Also, we limited our stay in the more expense places like Paris and Barcelona to a week or so. When looking at the numbers, it's good to remember that in everything else than the accommodation the costs have much daily variation. Sometimes we used 10€ in a grocery store to buy food for the whole day, some nights we blew over 100€ on food and drinks in a nice restaurant.

In the breakdown I have separated our 6 days in an all-inclusive hotel in Turkey from the rest of our Turkey stay, although at the end the daily costs for those ended up being very close to each other. I also divided the total costs of the all-inclusive equally between food and accommodation.

The most expensive place for us was Paris, spending way more than budgeted for accommodation (51€/night) and eating (67€/day). In both Ireland and Barcelona the accommodation cost us 44,5€. In Barcelona we spent 53€ for food, while Dublin costs where 48€ a day. Although we did get some lunch & dinners at TBEX Dublin, so without these the eating costs in Ireland would have been more. On the other hand, we normally do cook some of our meals ourselves, but in Ireland were just too busy to do that and ended up eating out for every meal.

The cheapest place by far was Portugal, where we spent on average 63€ a day. And this was while having our own apartment for most of the time and eating out about every other day. Estonia was also very affordable. We rented a monthly apartment there too, but since we spent only 25 days in it, the cost per day was a bit higher. We also ate quite fancy, spending on average 34€ a day. Total daily spending in Estonia was 75€. In Finland we only spent 68,5€ a day, but had no accommodation costs. Almost half of the costs went to shopping and other miscellaneous costs like a visit to a dentist.

In Turkey we spent way too much on food (46€), mostly because it was our first stop after Asia and we were excited to have European food again. Our "Other" spending was also high at 38€/day, because we visited several historical sites (Ephesus, Hagia Sofia etc.). The all-inclusive in Turkey at 114€ was way over our 80€ daily budget, but we decided to indulge a bit and also spend time with my family. Antti did his best to eat and drink for the whole money while I had some kind of stomach bug and could hardly eat or drink anything. Talk about money wasted...

Berlin ended up being somewhere in the middle, with average daily costs of 89€. The accommodation was cheap (26€/night) but our food & drinks costs 42,5€. I guess this was mainly because after the months in Asia we were filling our wine and cheese quota as best as we could. We also had to buy some warmer clothes, not being prepared for the chilly weather of what was supposed to be Summer in Berlin.

All in all, we spent 2.675€ per month during our stay in Europe. Quite ok, right? For that we ate well, had good standard of accommodation and did some activities. It would have been moderately easy to spend even less, since we weren't really trying to find the cheapest of the cheapest deals. As revealed already, we are a bit lazy, and do like to keep things easy. 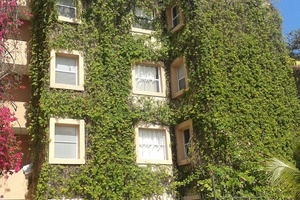 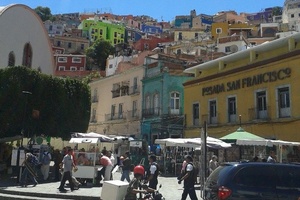 Our accommodation in Europe in 2013