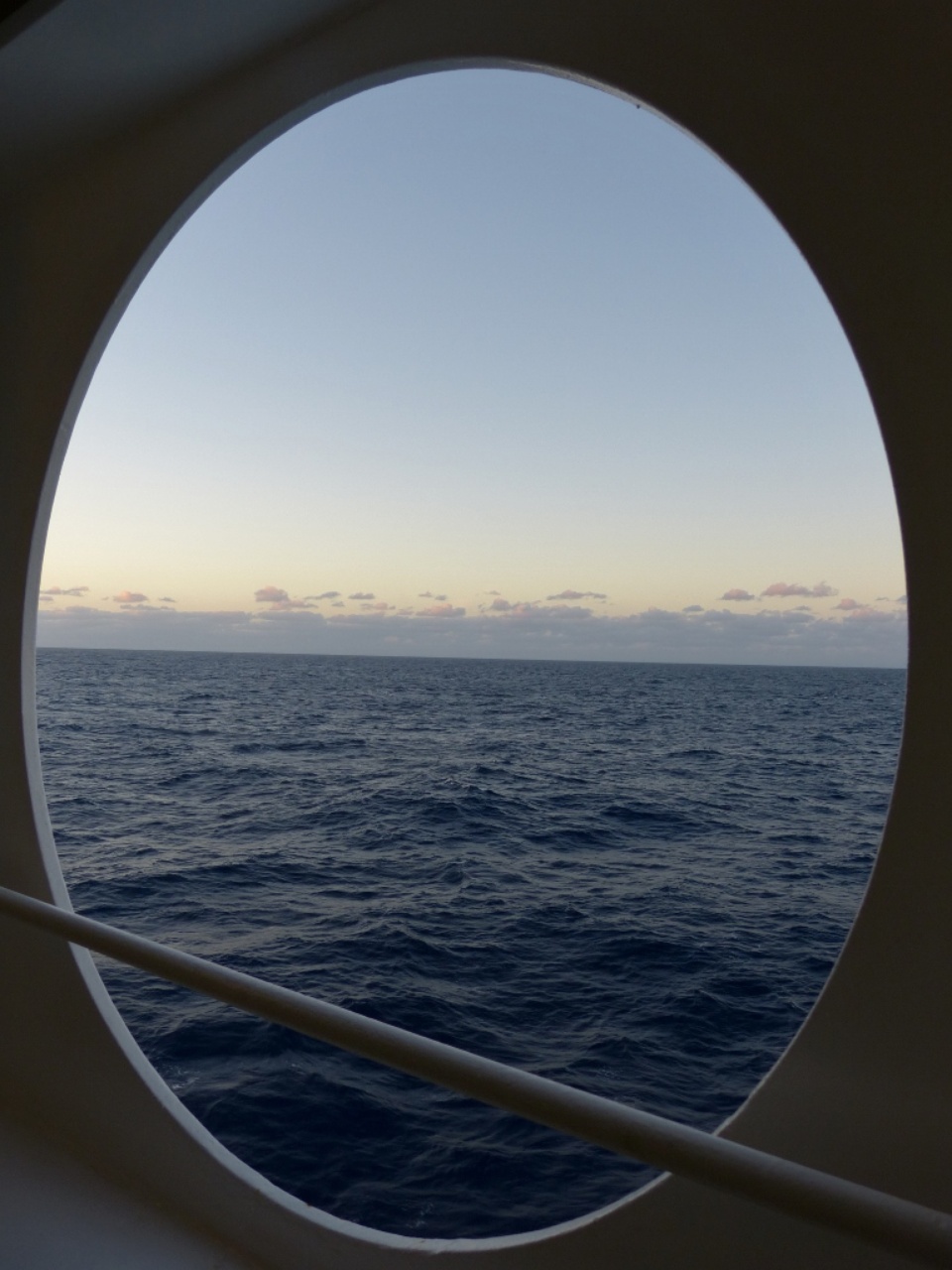 Four years ago I spent 15 days on a cargo ship from Hong Kong to Los Angeles. That was one sort of a dream come true for me at the time. I really enjoyed being cut out from the rest of the world for a while, living two weeks following simple routines, lots of time to think, write, both reflecting on the past and planning for the future. Everything on the ship followed routines by the clock making it which made life feel like one day repeating all over again. I really enjoyed my own groundhog day and I was looking forward to this trip cross the Atlantic.

The was a lot of similarities between these two trips. The most defining thing being, I think, the closed environment. Two weeks in the middle of the ocean on board a huge ship, nothing around but sea for thousand miles. There's no way to get out, which makes a ship a sort of a prison actually, although a really nice one. On the other hand, on the Pacific Link there was just one passenger, me. On the Serenade of the Seas there were 1500 passengers. On the cargo ship there was pretty much no entertainment at all. Now we had more than enough.

Just after two or three days we had a routine to take us through the days. The schedule of our average day was something like this:

We got up around seven o'clock. It wasn't that hard since we moved the clock backward one hour every other day or so. Some days I got up as early as five or four o'clock. Well, I don't mind that much about the clock, I usually don't define 'early' in terms of the clock time anyway. Early is whenever I need an alarm clock to get up. Late is when I feel bad about not waking up earlier.

There was an internet connection on the ship, but it was so expensive that I used it only for 10 minutes during the whole two weeks, enough to check for e-mails a couple of times. Sometimes I took a morning walk or jog on the deck to see the sunrise.

We usually had breakfast at the buffet restaurant, although there were other options too. The food selection was exactly the same from day to day, but big enough to get some variety on different days. The only thing I missed was plain swiss style müsli that's not drowned in sugar. In the beginning I drank lemonade on every meal because the lemon took the funny taste in the drinking water away. Later on when my teeth started to feel like falling off I switched to plain water or coffee.

We found a spot on deck 6 with a power outlet. I spent most of my time on writing, programming or data analysis. I'm compiling a book about my round the world trip a few years back, the same one with the Pacific crossing. I want to see if I can do it and learn about online publishing.

At 11 o'clock there was an option to listen to the presentation of the day in the next room. I listened about sailing at the Pacific and the Transsiberian railway. Travel related picks I notice, got myself some fresh inspiration for the travels to come.

So many options to choose from in the buffet table that I ended eating too much. It's nice to have three course meals every now and then but two times a day is a bit too much for me. I took just one platefull and skipped the desert after the first few days. The cookies didn't count as dessert.

Our office in the afternoon was on the 13th floor. The night club there was quiet with comfy chairs and had nice views, and electric sockets. There were dance lessons every day at some point so we had an option to join. First a workshop together on one of the predifined themes we listed on the first days. Then independent work until 16:30.

From some half way into the cruise 16:45 was the time for Thriller practice. A big group of us cruise guests performed the dance on the stage on the last sea day. I don't remember ever taking dance classes to learn a full coreography of a song. It ended up being quite much fun.

A short walk outside, watching the sunset. Reading a bit on the deck, listening to the waves.

I didn't find the dinner to be that much different to the lunch. People around were maybe dressed a little better and drank more wine. Well, for us it was just water an lemode for two weeks. For maybe half of our meals we shared the table with some other guests, some were the same people we met during the other activities on the board. In the end there were quite many people we were hi-friends with. The service was good as ever.

There were shows going on every night, music or a band, dancing, karaoke. It was fun to be one of the younger guests on board and the first to go to sleep... Sometimes we skipped the activities altogether and were back at our stateroom at eight o'clock. There was maybe one evening we stayed up until midnight.

Back to our cabin where a new towel origami animal welcomed us home. Reading, listening to podcasts, watching tv. Memorizing some spanish words or practicing to point the 50 US states on the map. Falling asleep in the comfortable bed in a pitch black room was not very hard.

So how did we fit in? Surprisingly well! Even though we were far from the typical guest. We were way below the average age which was, no idea really, 60 maybe? I realized I cannot say whether a person is 50 or 70. Someone who looked like 50 to me turned out to be 65 and for someone else it was the other way around. Some of the people seemed to be in better shape than I am, jogging on the upper deck at 7 o'clock in the morning and just getting the party started in the evening when we were about to go to bed. We were the only guests from Finland. There was one Finn among the crew, the cruise director Topi.

How about the sea? For some reason my idea of crossing the ocean meant storms and 10 meter high waves. Even though I've seen the Pacific ocean totally calm in the middle of nowhere, too. We had maybe two days of bit rougher seas that I could actually feel and needed to take care of my balance a bit more. Not enough to get sea sick, though. Most of the time the weather was nice and the going steady. The weather started warming up quite quickly after spain and got colder again after the Bahamas.

Long time at the sea and no way to get out is probably not for everyone, but at least I very much enjoyed the crossing and especially the sea days, with nothing around but just the ocean and the clouds. I'm glad Mirje liked it too, which means we'll be doing this again some day. Who knows, maybe we can take a boat back to Europe already next Spring when they are crossing the pond to the other direction? 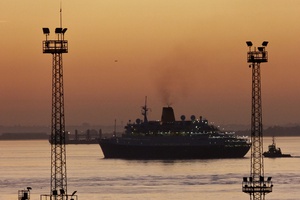 Off the Grid, Over the Ocean 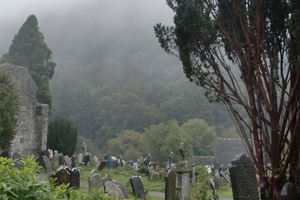 Activities in and around Dublin