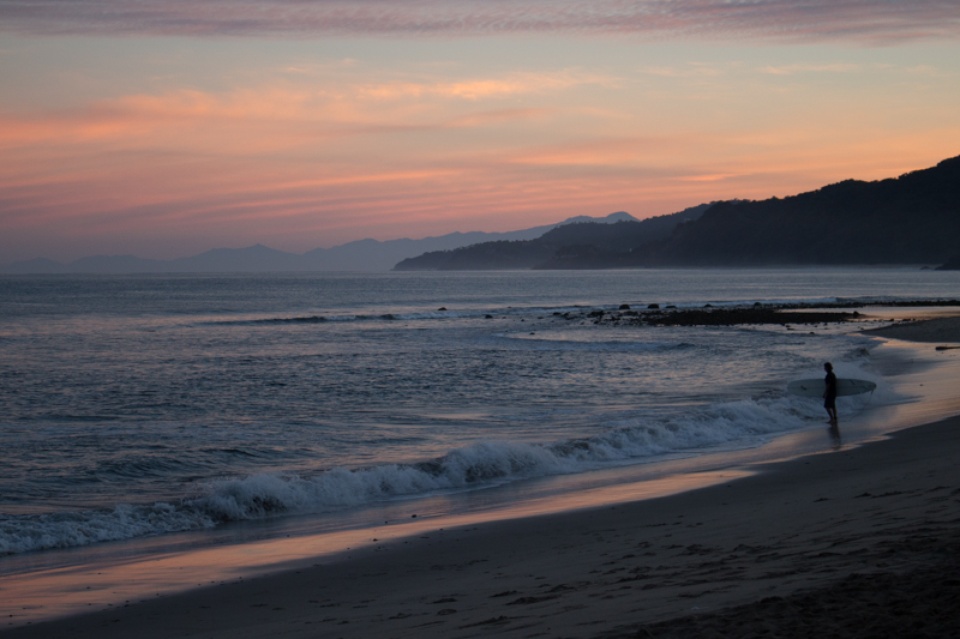 How nice it is to stay put in one place! And it doesn't harm that the place is the charming beach town of Sayulita, Mexico. The sun shines, food is great, margaritas cheap and the surf good (I've been told). Nights are noisy and there's been a firework show or few, but I'm getting to used to it.

Tip of the week: Finding an affordable rental in Sayulita online, before you arrive, is close to impossible. That's what we were told, and that's what I experienced. I asked around and kept getting the same advice: just arrive and talk with people here (and avoid the high season around Christmas and January).

I was hesitant to come here without accommodation, especially since everyting I'd seen online was over our budget. Even the two beds in a hostel dorm we had for the first nights were on the upper reaches of the budget The realtors in the town didn't have anything, and they mostly handle the expensive vacation rentals aimed for the wealthy tourists anyway. Then we started asking everybody. Somebody at the hostel knew somebody who knew somebody and this way we found a place in about 24 hours!

Now we have 2 bedrooms and an open-air kitchen / living room, with both locals and foreigners at neighbors. It's very central (=easy but loud), costs about 330e for the whole month and includes weekly cleaning. 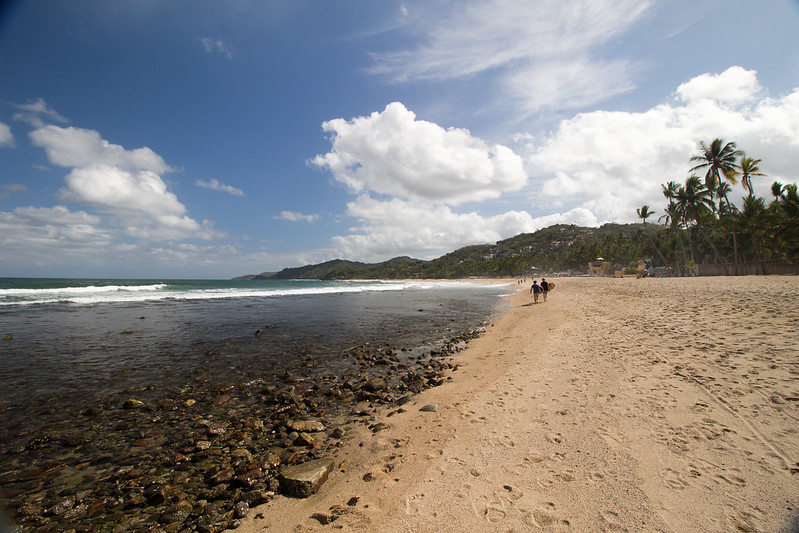 Food love: We have a blender at our apartment and a fruit/vegetable store just around the corner. This means fresh smoothies at least once a day. Wuhuu! My favorite recipe so far has mango, banana, strawberries, chia seeds, yogurt and pineapple juice. 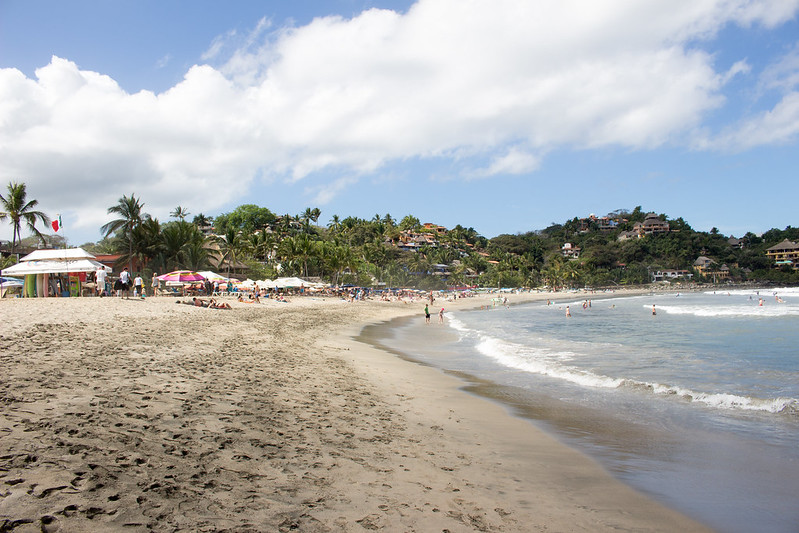 Surprise of the week: Our place is very central, which means it's never really quiet. Either there are the kids screaming and dogs barking during the day, or a party going on during the night. What I wasn't prepared for were the nightly fireworks near the Sayulita day (Feb 24th). I literally jumped up from the bed when I heard the first bang. There was no way to get sleep before it was over and our plans of getting to bed early and waking up with the sun had to change. 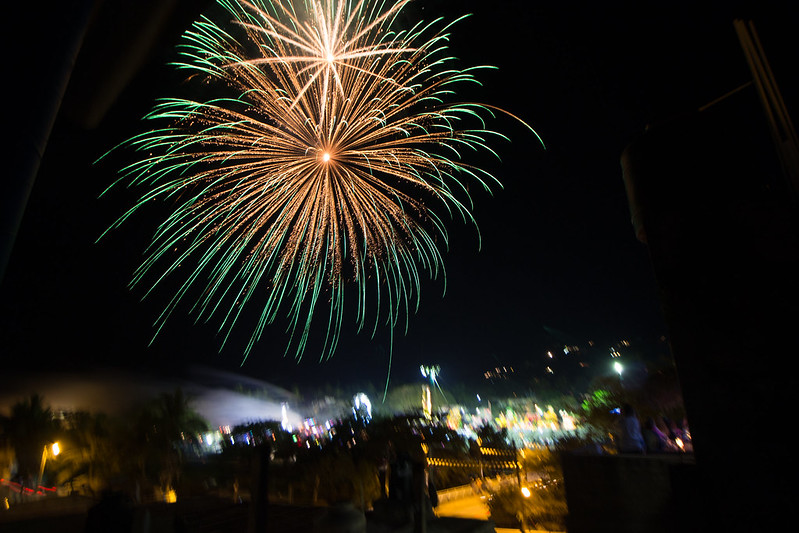 What I've learned: I'm not sure what I've learnt, but Antti's been learning to surf. He's not up there with the big boys yet, but at least he can stay atop of his board. Waiting to see what happens, do I end up with a Surfer who travels to chase the waves... 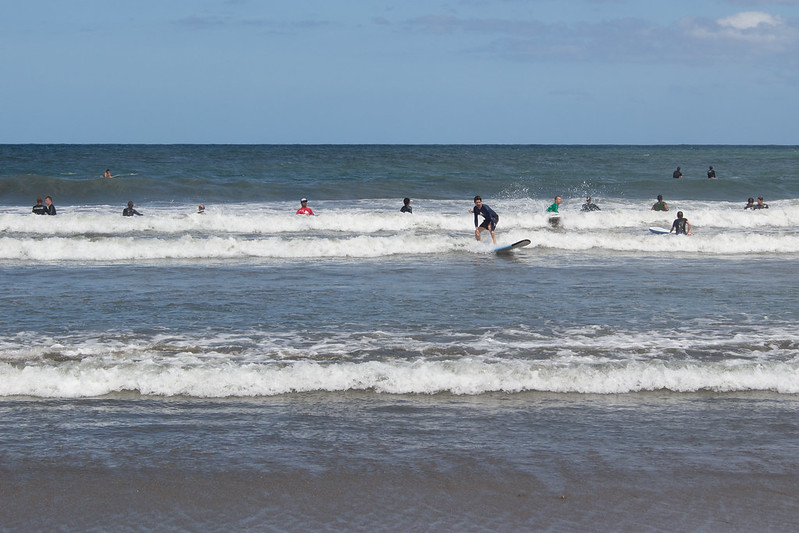 Memorable moment: One from Antti: Waking up early one morning and walking to the beach to catch the sunrise. There were only few people around and the colors were magnificent. Such a peaceful moment. 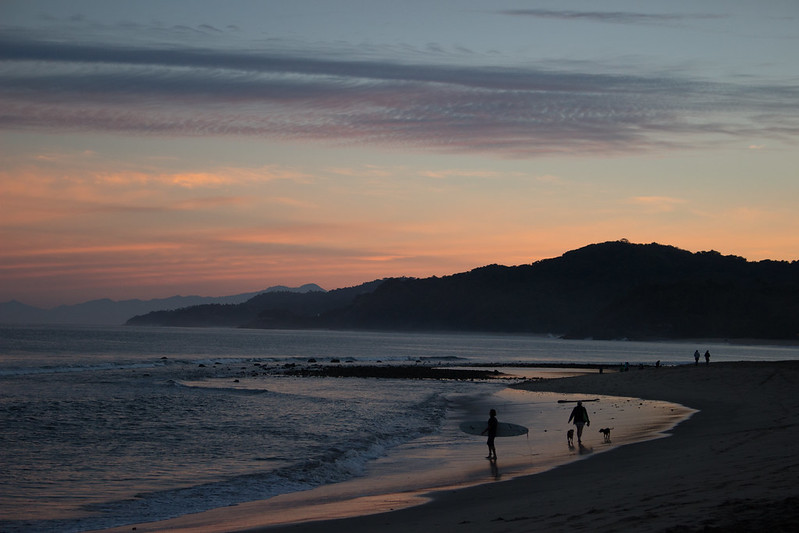 Random thought: I never realised how big of a deal the Oscars are. Probably because the showtime is during the night in Finland, so people don't get together to watch it live. (But we do get our gossip magazines full of the dresses afterwards.) We had agreed to meet fellow nomads Kim & Brian (So Many Places / Wandering Sasquatch) for dinner, and were surprised to hardly fit into the restaurant. It turned out they were showing the Oscars on a big screen and people had gathered to watch. It's apparently quite a common tradition at some places. - The dinner itself was good btw, Kim & Brian were great company! 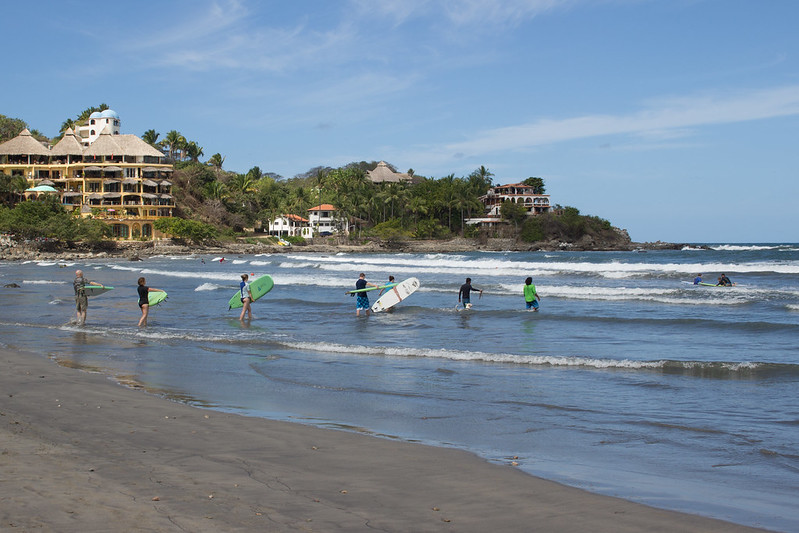 Workwise: A national newspaper in Finland, Helsingin Sanomat, published a story about our lifestyle. If you know Finnish, you can read it here: Työpaikkana koko maailma. Otherwise you can just check the pretty pictures. Many people got in touch with us. The comments at the online version of the article were an interesting read. I was surprised by the amount of positive feedback even there, although there was a fair share of the opposite too.

Some of my favorites were: "Information society has created a misconception that IT, programming and blogging are necessities. Fun maybe, but not necessities." Hmm... would be interesting to see what happens to the modern world, if we just stop using all IT....

"I'm sure they have great retirement when that time comes, those lazying in hammocks, reading books on the beach and getting samples at a whiskey factory." Right, because there's no place for free time in the life of a responsible person.

And then there was the classic: "If all the Finns just took off travelling, that would be the end of Finland." Can't argue with that. 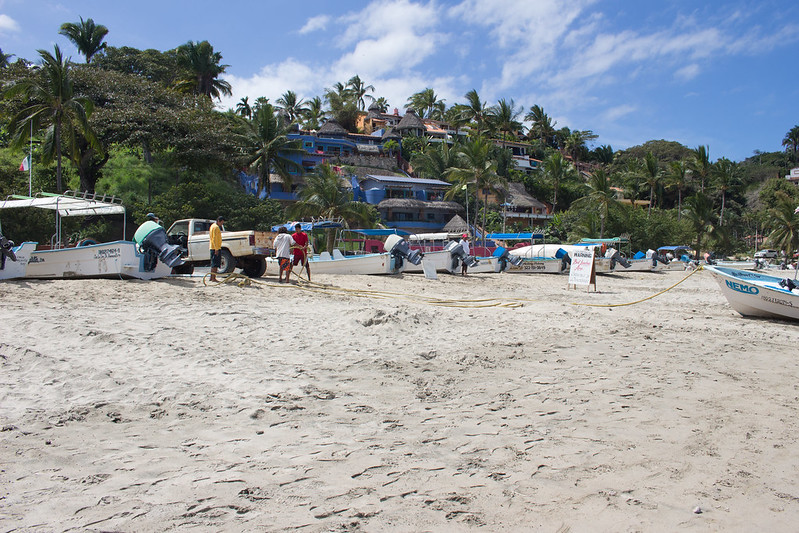 And that's it for our week. Next up: more of Sayulita, Mexico 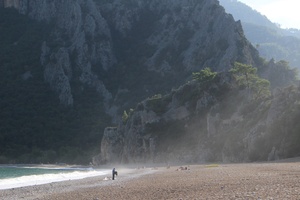 Our November and December 2014 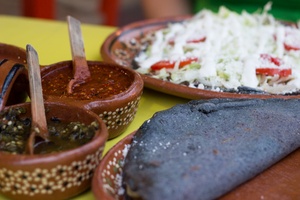 As always you describe each place in details with a lot of useful info ... it would be also much more helpful if you include some general costs like accomodation, food and transportation ... It would be perfect like that.

Thanks Nabeel! And I'll take your wish into account. We already publish some costs on our monthly recaps, but I could add some info on our weekly posts. Or maybe I should make destination posts with details and costs for each destination?