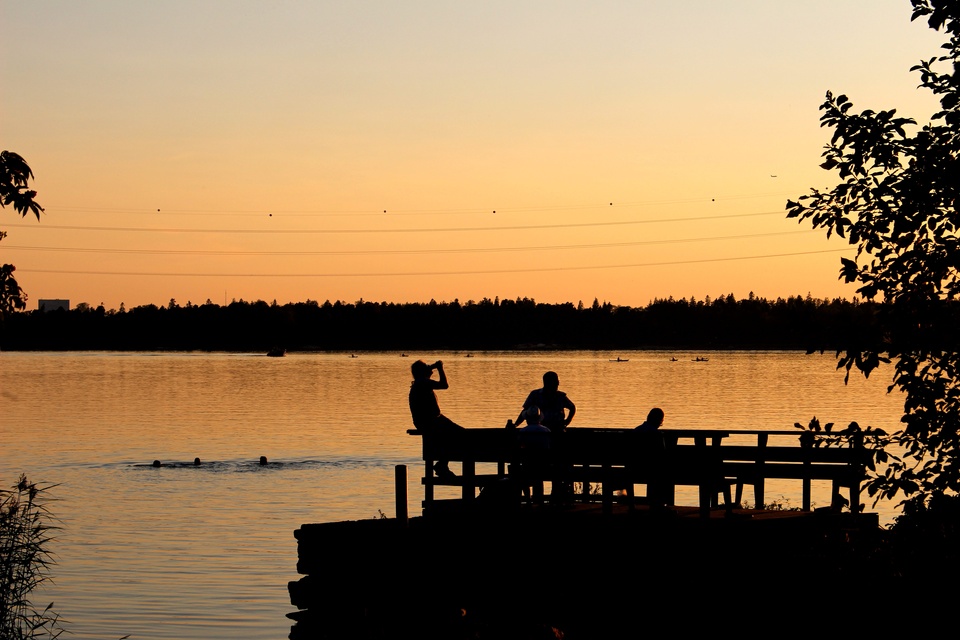 Hot summer week in Helsinki. Even though we spent plenty of time indoors on the computer, hiding from the sun, we got our share of parks, picnics and friends as well.

Food love: Cinnamon buns are ubiquitous in Finland and go great with coffee. 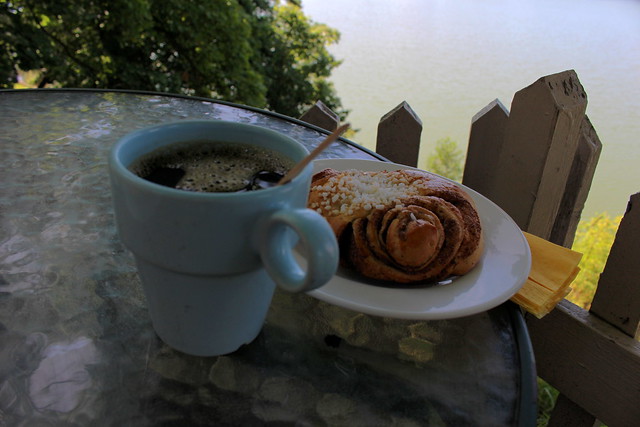 Memorable moment: Spending an evening out with a friend of ours. People had come out to enjoy one of those rare occasions in a year when you can be out in a t-shirt in the night. Swimming, boating, paddling — and drinking. 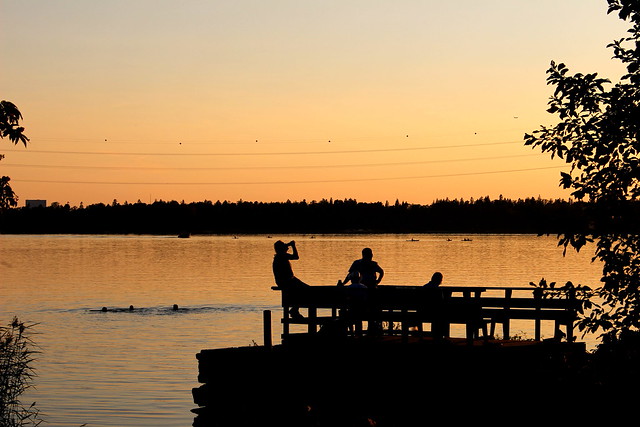 Surprise of the week: The rise of stand-up paddling has been baffling to me. I expected that to be one of those sports that silently disappear, but it seems to be spreading strong and now it's landed in Helsinki too. 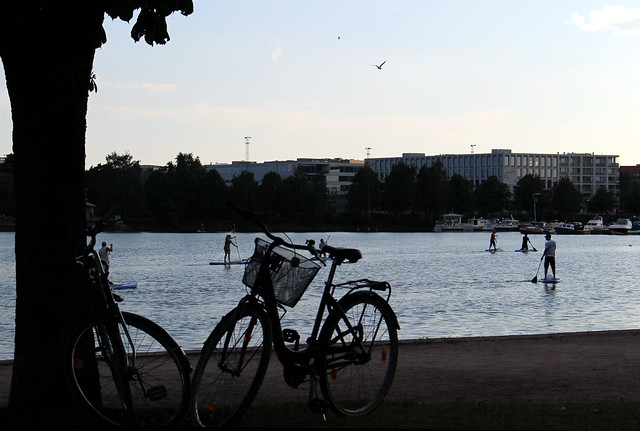 Tip of the week: Alppipuisto is one of the hidden gems among Helsinki's parks. It's located next to the Linnanmäki amusement park and hosts lots of events during the summer. 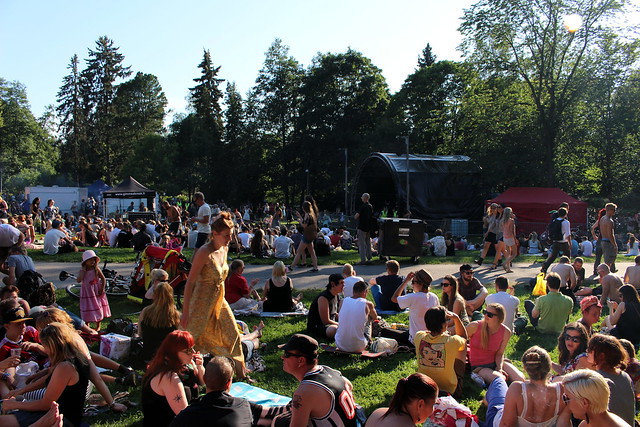 Workwise:  We've now decided on our direction and priorities for the rest of the year. Biggest change is probably Mirje's emphasis on travel and our online presence. That's going to mean more activity from our part in this blog and in social media, among other things. She started the week by joining a bike tour in Helsinki and writing a post about it. 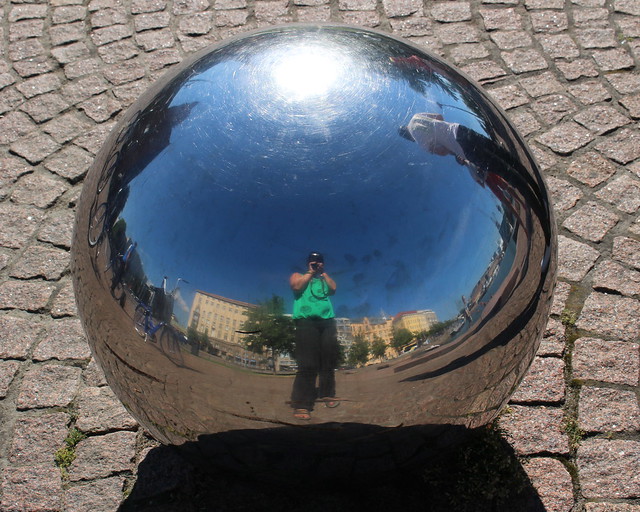 What I've learned: Even though we've spent a fair amount of time in Asia and Americas, we've still spent the most of our time in Europe. And the country with the most nights so far is Finland. So we're basically staying at home all the time... 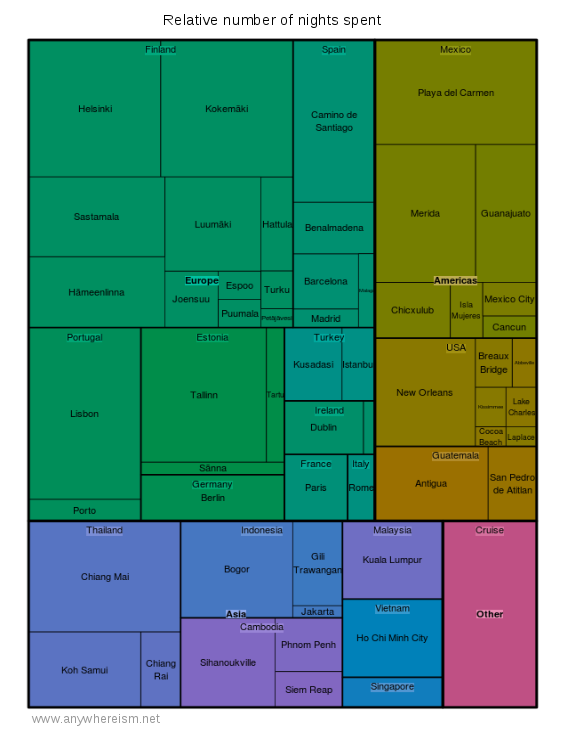 Random thought: I seem to like taking photos of bikes here. They are an essential part of Finnish summer. 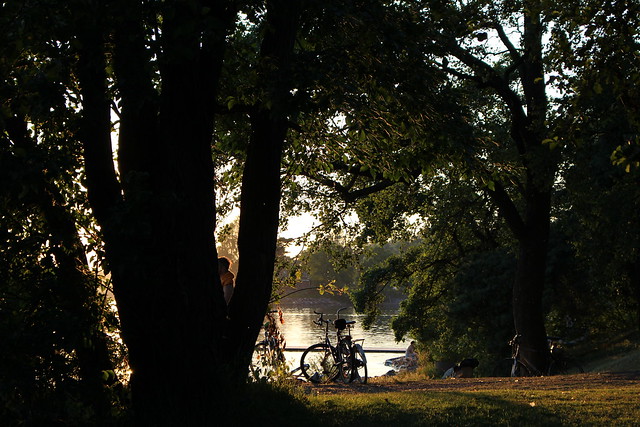 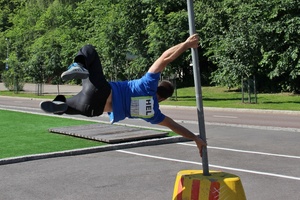 Ohhh, Helsinki looks sooo nice! We so need to visit you guys there soon! :) Hope you're both great.

You'd better hurry, since we are moving again in one week. :)