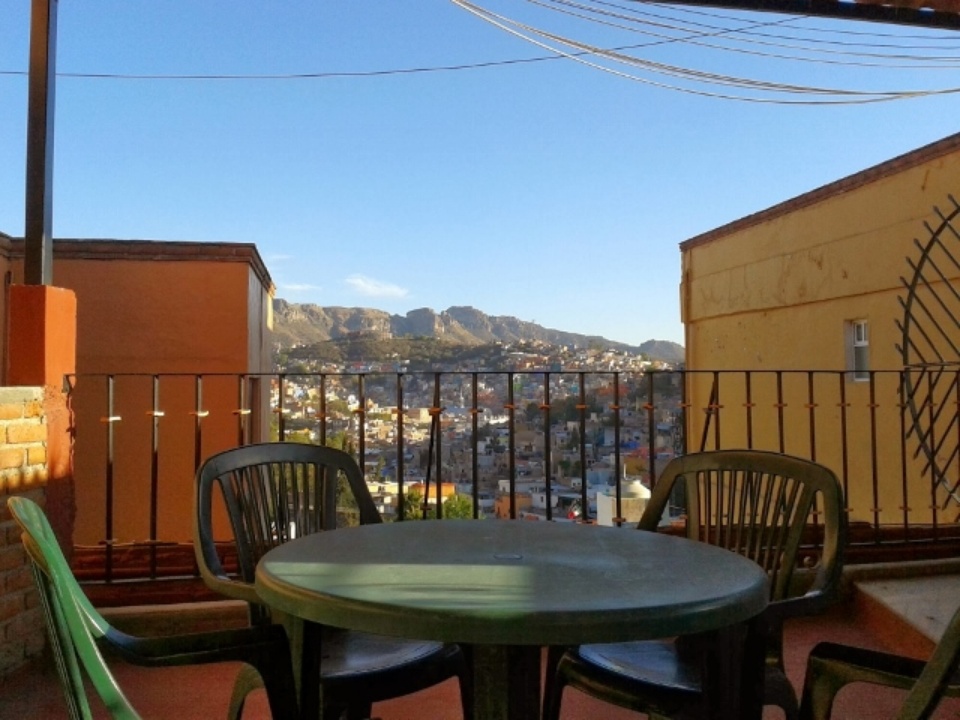 This winter, we spent 4 months in USA, Mexico and Guatemala. Last week we told you about the highlights, now it's time to go through the accommodation.

We did some short stays in hotels, but mostly rented apartments or houses. Our average spend on accommodation was 22€ per night, cheapest being 11€ in San Pedro (Guatemala) and most expensive 60€ in Breaux Bridge (Louisiana, USA). All the places were ok, but I have bolded the ones we loved and would recommend! 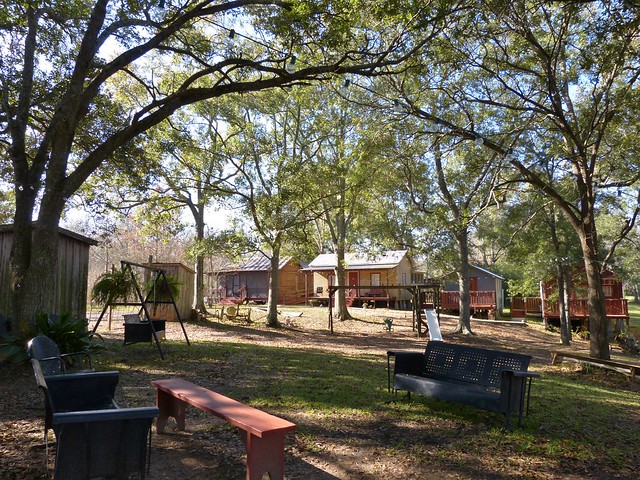 We stayed in four different places. First two nights in Executive Inn Express in Abbeville. Nothing special, but we needed nothing special, since this was our first stop after spending two weeks on a cruise with no internet. So we just stayed in our rooms glued to our laptops.
29€/night (incl. breakfast), total for two nights 58€

Next we stopped at Lake Charles for two nights. Our hotel, the Red Roof Inn, was adequate and clean, although the wi-fi in our room was terrible.
57€/night (incl. breakfast), total for two nights 114€

Our favorite place to stay on our road trip was the Bayou Cabins (in pic) at the small town of Breaux Bridge. We liked our cottage next to a bayou (a small river) so much, that we ended up staying there for three nights. The made-to-order cajun breakfast was a great start for the days and the back porch a perfect place to work enjoying the outdoors.
60€/night (incl. breakfast), total for three nights 180€

The last night of our road trip was spent in a motel, which name I can't remember, not even the city where it was. It was bit sketchy, but ok for a night's sleep. 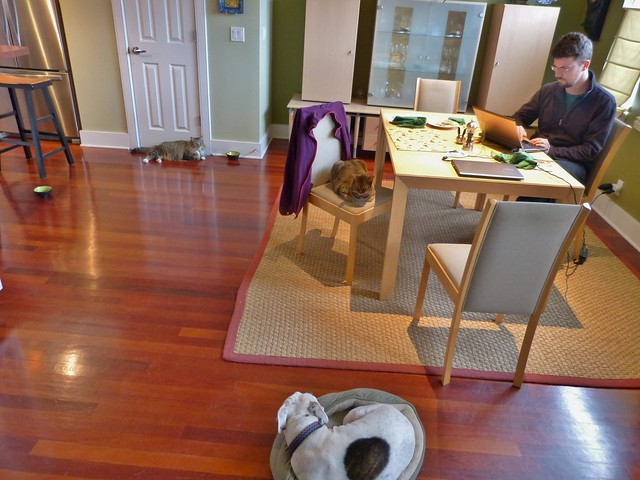 We found this place through the Trusted Housesitters, and spent a very nice 2,5 weeks taking care of two huggable dogs and two adorable cats, and a nice house in New Orleans suburbs. This was our first house sit with people we didn't know from before and it was a very good experience. They have had house sitters before, so everything was well-prepared and organised. 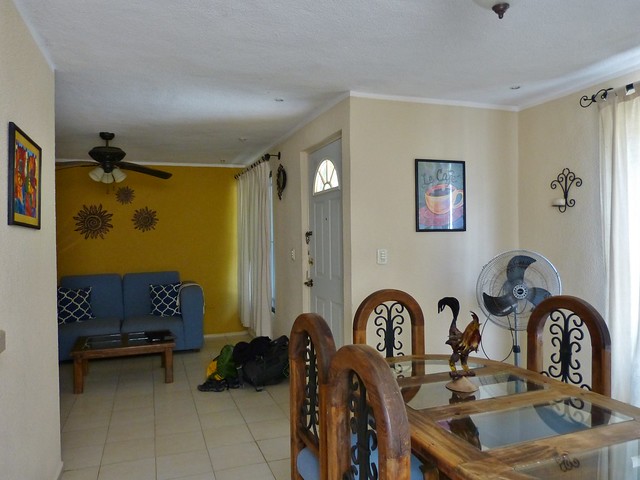 Our first home in Merida was a house rented from the Casa Chalia hostel, walking distance from the center. We had a bedroom, kitchen, bathroom, living room, and a small back yard, and a super good local breakfast was included at the hostel next door. What an excellent solution!
24€/night (incl. breakfast), total for 10 nights 240€

After this we had a friend visiting for two weeks, so first we rented a house for a week in Merida and then another for a week in Chicxulub. Our house in Merida (in pic) was cute and comfortable, and had a nice back yard. It was about 20 mins bus ride from the center, but there were plenty of restaurants and stores around.
27,5€/night, total for a week 192€ (of which we paid 2/3)

The last six days we spent at the hotel Reforma in the very center of Merida. Our room was ok, there was a pool and breakfast was included. All the sights and happenings were nearby, including the Spanish School we were taking lectures at.
23,5€/night, total for six days 141€ 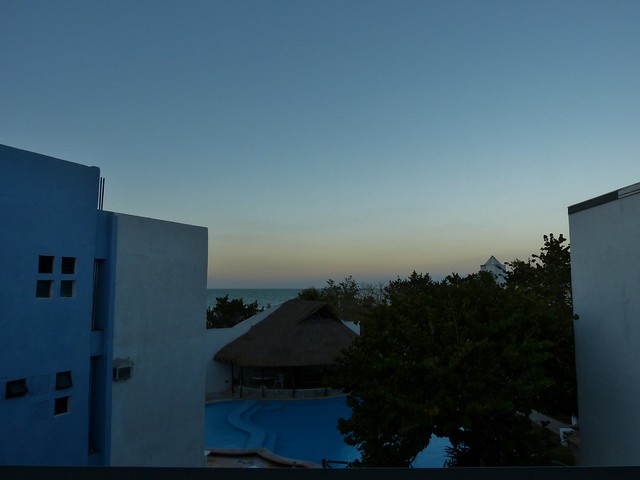 Our Airbnb apartment in Chicxulub had amazing sea views, a pool and a big balcony for hanging out in the evenings. Wi-fi was a bit of hit and miss, and we shared the balcony with bees, otherwise it was great. The town was very quiet at this time of the year, the buildings mostly empty or inhabited by vacationing Canadians.
39€/night, total for a week 273€ (of which we paid 2/3) 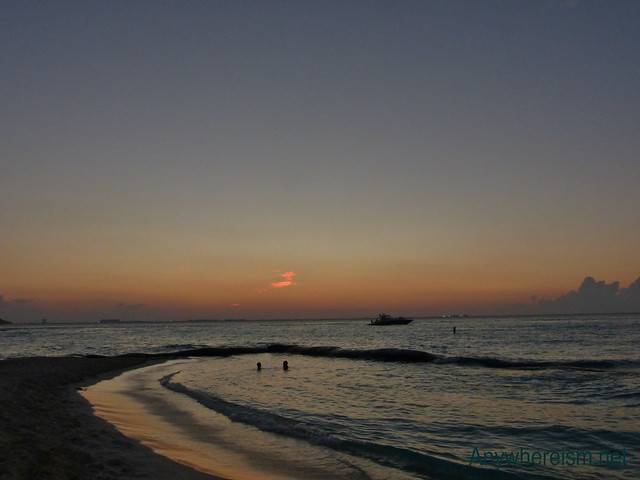 We had a mini vacation at the hotel Marcianito on the lovely, though very touristy, island of Isla Mujeres. Our room was basic and hot, but clean, cheap and comfortable enough.
29,5€/night, total for three nights 88,5€ 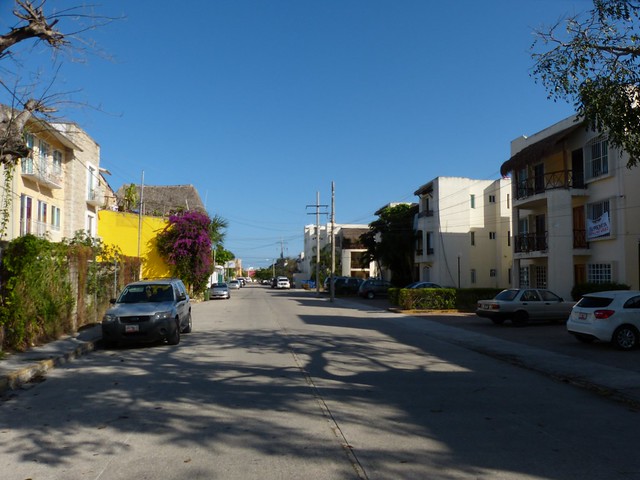 We rented an apartment for a month with help of Elizabeth from Renting Playa del Carmen. We had a good kitchen, living room, and two bedrooms (we only had use for one though). It took a week to get the wi-fi working, but after that it was mostly ok. The neighborhood was more local than the tourist zone 15 minutes walk away, we had a big supermarket nearby and plenty of local eateries for cheap & delicious food.
26€/night, total for a month 736€ (note to oneself: when renting with a monthly fee, choosing the month with 28 days is not the best deal...) 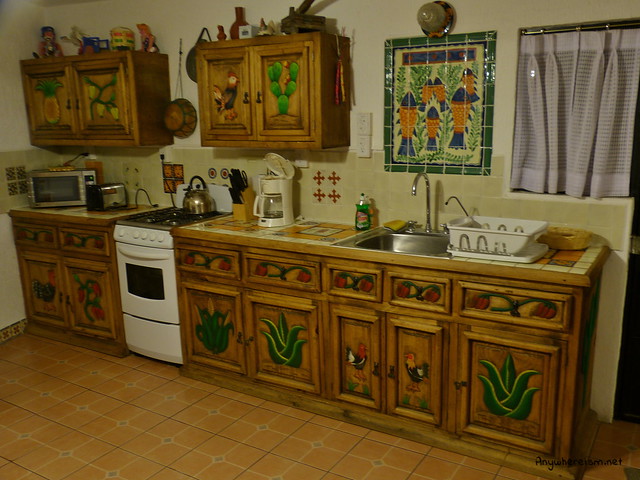 We lived in an apartment of Casa Aña, with a well equipped kitchen, comfortable bed and a shower with plenty of hot water (something not to take for granted!). The best part of the building was the roof terrace, with amazing views over the city. The wi-fi reached the rooftop, so we could work there! It was a bit of a walk to the center, about 15 mins, but on the way there it was all downhill. Must confess that a couple of times we took a bus back up.
21,5€/night, total for two weeks 301€ 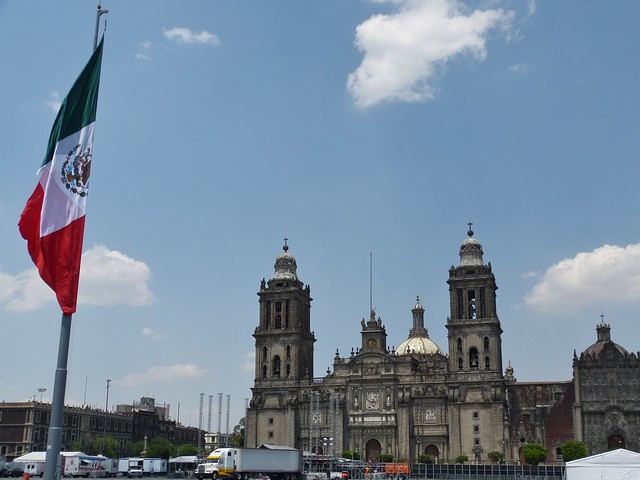 We stayed with a friend in Condesa, a district with a very European vibe. Thank you Lisa! 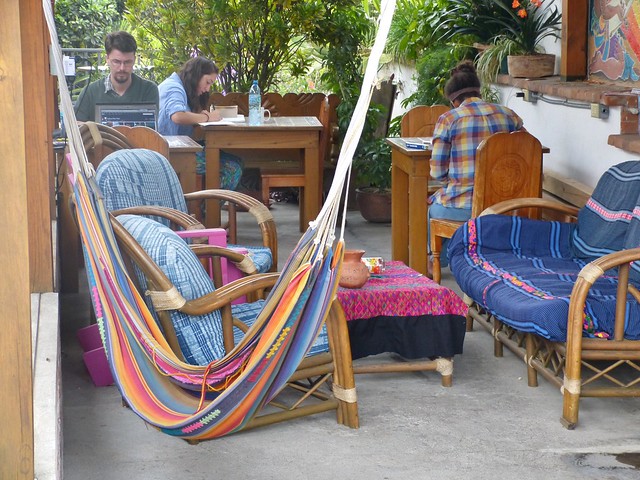 We found a house through Airbnb. Affordable, clean and central. The owners were very nice, had four adorable (and big!) dogs, and the location in an inner yard made it very peaceful. The place had two bedrooms, and we were sharing with friends.
28€/night, total for nine nights 252€ (of which we paid half)

After Lake Atitlan, we returned back to Antigua for the holy week, which meant high prices and full hotels. We had booked ours about a month in advance and were very happy with our choice, the Yellow House hostel (in pic). We had our own small room with a comfy bed, and just outside our door was a big shared roof-top terrace, with tables, sofas, and hammocks. And most importantly wi-fi and electricity. The terrace was also a nice place to watch the Easter processions going by on the street.
36,5€/night (incl. breakfast), total for five nights 182€ 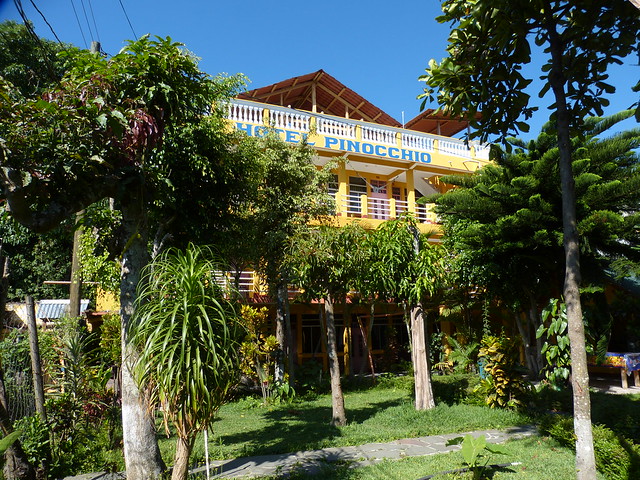 Met our friends at Hotel Pinocchio, and liked the place enough to stay there for whole our time at San Pedro. Had our own room with our own bathroom, a nice shared terrace with hammocks and friendly neighbors. Plenty of good cáfes, restaurants and bars nearby, and views to the surrounding volcanoes.
11€/night, total for six nights 66€ 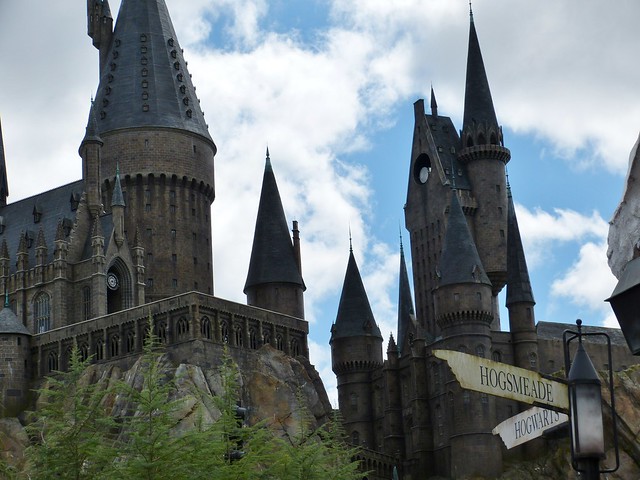 Our first night was spent at Days Inn Cruise Port West, Cocoa Beach. We arrived at 1:30am and got up at 8am, had breakfast and left. Anyway, the bed was comfortable, shower hot and breakfast (included in the price) was warm & made to order(!).
45€/night (incl. breakfast)

The next two nights we spent at Rodeway Inn Maingate in Kissimmee (almost Orlando). Nothing special about this either, except the price was very good. Clean, big enough, comfy bed, ok wi-fi. Breakfast the typical US motel type, with tons of sweet things.
28€/night (incl. breakfast), total for two nights 56€

And that's all of them. Our 19 homes in the Americas :) Next up: recap of our expenses. 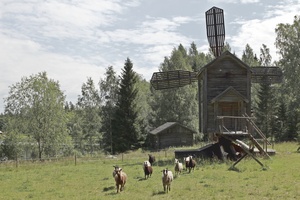 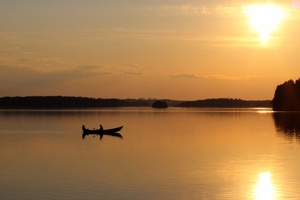