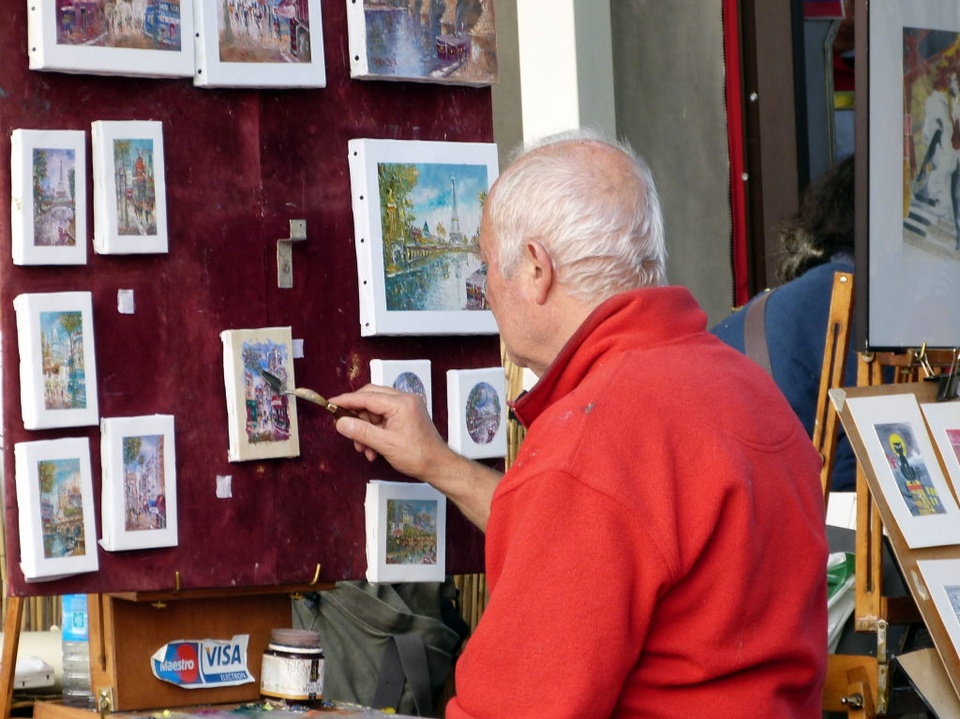 "I am finally starting to get comfortable in this city." That was the thought I had as I was visiting our local boulangerie on my morning walk third day in a row. I wasn't in Paris exactly against my own will but I remember being more enthusiastic about many other travel destinations before.

In any case I knew I wanted to get over my prejudices about the country and its people, or at least gather some evidence for making my own judgements. I had one week to build myself a new picture of the place. One week in a huge city with a list of all sorts of must-see places, while still doing full work days. We couldn't afford a vacation now, especially with the travel blogger conference coming up the next week.

We landed at the Paris airport on Monday evening around sunset. The first person I communicated with was probably the bus driver. He was suspiciously friendly and I decided this had to be the exception. He took us to the center where we switched to metro at Montparnasse station. The people in the metro were not the most cheerful folk I've met, but I guess I shouldn't expect chansons and cuddling lovebirds from a trainful of people coming home from work.

We got off at the Marcadet-Poissoners station. I belive it's technically part of the Montmartre area, but in practice behind some invisible line which the tourist crowds don't cross. The place is on the edge of the city, just inside the first ring road that apparently divides Paris to the city and the suburbs. During the short walk from the station to our next home the multiculturality of the place became apparent. At first it was a bit of a shock for me mostly because I didn't expect anything like that. By the end of the week I was just glad about the broader view of the city and its people it gave me.

We climbed the squeaky stairs to our appartment in the second floor where our host welcomed us, showed us around and left us with the keys to his appartment for a week. A bedroom, living room with sofa and a dining table, small kitchenette with everything we need for cooking, clean bathroom, view to the inner yard of the building, wifi and a nespresso machine. My image of Paris had already gotten a little brighter withs some new spots of color in it.

The days followed a similar structure: we got up around eight, worked at home with our laptops until five. We didn't even try to find any other place for working as it takes effort and we didn't feel like it would be worth it for this short stay. We had a quiet space and good internet connection at home so that was enough for us. Somehow we managed to cram a lot of stuff into the evenings. After five we transformed into tourists and went to see something famous, had a nice dinner with some nice wine and were back home and sleeping well before midnight.

Although for me it was enough to just be and live in the city I really enjoyed walks along the river Seine in the evening, checking out lots of blurry paintings from the 19th century and spending whole 6 hours at a Saturday afternoon picnic by the Canal Saint-Martin. It took just a few days to figure out the basics: where to shop for groceries, how to use the public transport and to get a general overview of what's where in the city. It would probably take months to just visit all the tourist attractions and I'm glad we didn't even try to do that. Relaxing the attitude about what needs to be done and seen in a place is one thing that has kept me sane when traveling in the long term. It's especially true about big cities like Paris.

As I was boarding the plane to Dublin after the week I was happy about out my first time in France. Paris wasn't such a bad place after all. 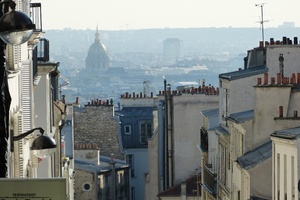 Our travel plans for this Autumn 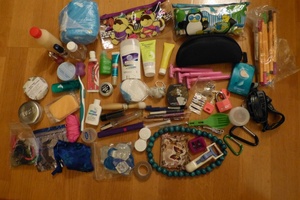 What I Have Learnt About Packing