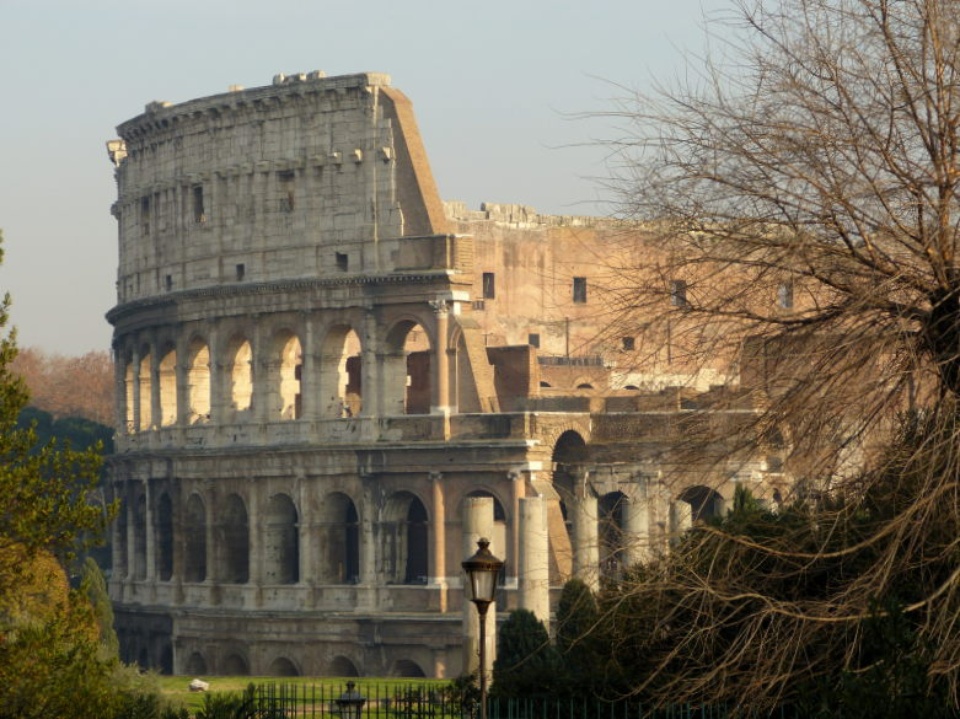 The conductor of the train entered the passenger car and announced something in Italian to everybody. There clearly was a problem with the train and people started to move nervously, picking up phones and moving towards the doors. Does the announcement concern us? Are we supposed to switch trains if we want to get to the airport or something? We asked the lady sitting next to us and with a puzzled look she answered that yes we should switch trains. But not just because there had been an accident on the tracks somewhere ahead but also because we were on the wrong train to start with.

It was Monday afternoon and we were about to leave our first destination Rome behind us and get on the plane towards Malaysia. Luckily we had decided to head to the airport ahead of time. We had already traveled for almost half an hour to the wrong direction and were stuck between stations, waiting for the faster trains to pass us first. We had no idea how long it would take before we would get to move on and didn't have much choice other than to sit and wait for what happened.

On the first day we took the the train from the Fiumicino airport to the city. We did first try to take the local bus but just missed one and started to look for alternatives. We chose the train because it would take us to our metro line. Or it would have if we had gotten off at the right stop. In the end it wasn't that bad, we just had to take the other metro line and switch at the central station Termini before finally arriving at the place that would become our home for the next few days.

We didn't have any scheduled agenda or big plans on what to do during our stay. Just the opposite, we had explicitly decided not to visit any monument or museum that would require more than 5 minutes of standing in line to get in. We had decided to postpone working until we got to Asia, maybe just to do some preparations related to our mobile office, write to our blog and answer some emails.
During the days we ate lots of delicious pizza, were baffled about the number of tourists everywhere, wondered about the existence of the countless small ice-cream shops, tried out marronis, the roasted chestnuts they sell on the street corners and still didn't understand why they are so popular, were almost hit by cars and scooters several times, paid for the famous extra bread they bring you at some restaurants even though you don't ask for it, and learned again that the coffee is really good even though 'normal' means a shot of espresso.
As for sightseeing we mostly just walked around the city: the Colosseum, the Vatican, the narrow streets of the old center, Pantheon, the big crowded fountain Trevi, the Spanish steps... Just taking it easy and enjoying the atmosphere. The most memorable part for us was walking around Forum Romanum, the ancient Roman ruins in a large peaceful green area in a cool winter sunshine, away from the traffic and the big crowds.
Our days in Rome were over before we even noticed. It was time to pack our backpacks again and get going. We decided to go to the airport by train: after all we knew the way and wanted to avoid any extra adventures...

Finally the train started moving, we got to the next station and hopped on the first train back, this time towards the airport. The rail traffic was still messed up so it took some time for our train to crawl across the city. Only once more we had to switch trains before we got to Fiumicino, stacked our bags on a trolley and ran through the halls and corridors to arrive at our check-in desk on the last minute. After the security check and another ten minutes sprint to the gate we were at last able to sit down, store our luggage under our seats, fasten the seat belts and just relax for a while. 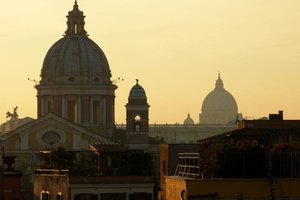 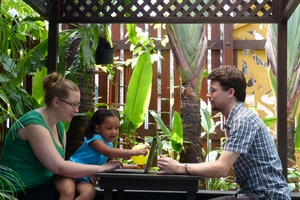 Beginning the Work in Kuala Lumpur