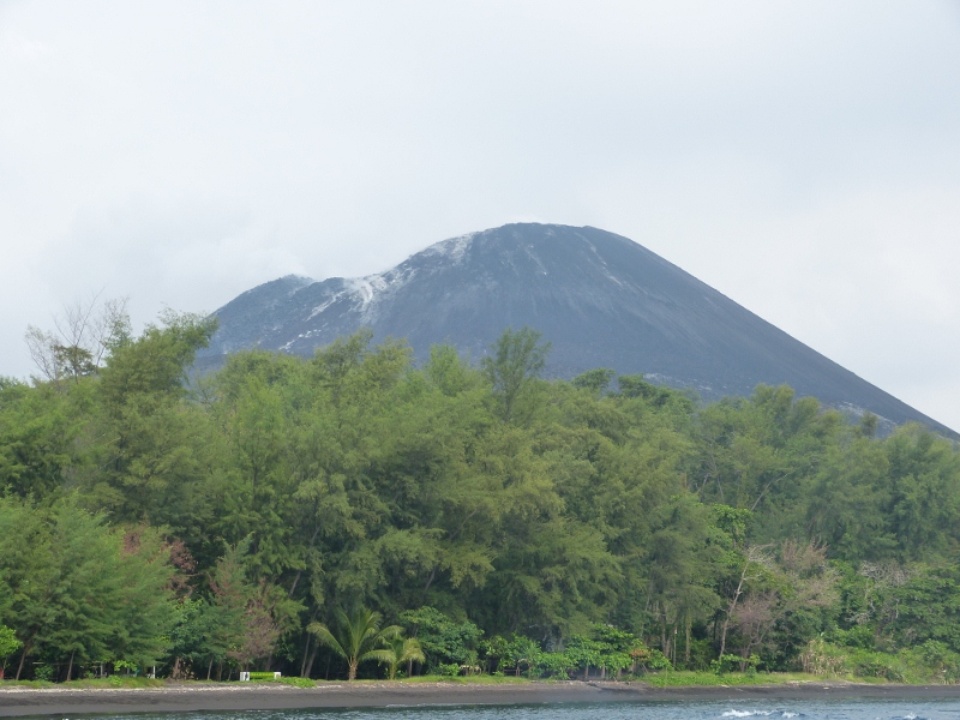 A Month in Indonesia

Indonesia, a country we didn’t know much about before arriving, Of course we had heard about Bali, but hardly recognized it’s in Indonesia. And we had heard stories of the daily life from our friend who’s been living there since last summer. But in general, we didn’t know what to expect.

Our arrival to Jakarta airport was a bit disorienting. There aren’t much signs or instructions on what to do. For example that you first need to go to a counter to pay the visa fee and only after that for the queue where you get the actual visa. We weren’t the only ones waiting in the wrong line first… After we got out we looked for taxis on the right side of the entrance, just as our friend had instructed us. Only thing was that this was a different terminal, and there were no taxi queues. There were lot of people offering taxi services though, but none seemed to be from the companies that were recommended for us to use. After a while we were approached by a guy who had a badge from Blue Bird taxis, one of the recommended companies. Some negotiations and questions, and we were in a car headed to Bogor. The car didn’t have any taxi signs though, so most probably it was unofficial. Well, it got us where we wanted with no problems, so guess we got lucky.

We were staying in Bogor at a friend M’s place, a nice house with 3 bedrooms, kitchen and living room. A welcomed change from all the hotels etc. we had been staying for the last months. And there was a housekeeper (“Ibu” they call them, which translates to something like “Mrs.”) to take care of us. It took some time getting used to having someone to cook for you, do your laundry etc. without having to pay for each transaction. The Ibu only spoke Bahai Indonesia, so we got some practice in communication without common language. Although Antti spent time learning the basics of the language. It is surprisingly easy for Finns, since the words in these two languages are somehow similar, even though with completely different meanings.

With about million habitants, Bogor is a big city itself. In another hand its proximity to Jakarta makes it in a sense a suburb of Jakarta and many people commute between the cities. The number of habitants also brings some crazy traffic and traffic jams. You never know if a journey will take 30 minutes of three hours. We were quite happy we didn’t need to drive ourselves among all the cars and motorbikes swerving over the lanes. It was adventure enough for us to ride on the back of M’s bike. Especially since it was often raining really hard. Bogor has been dubbed the rainy city, and it definitely earned its mark. Almost every day it was raining, at least in the afternoon. And we witnessed some spectacular thunder storms. These storms gave as an obligatory break from working, since the internet needed to be switched off and electronics unplugged.

During our first weekend in Indonesia we headed to the Krakatau. You remember the big volcano that erupted in late 19th century, causing thousands of deaths and a decrease in temperatures worldwide? That’s the place we went camping! Or actually on a new volcanic island, “the child of Krakatau”, being born there after the eruption. The volcano is still alive, and small eruptions happen frequently. Lucky for us, during our visit the volcano was sleepy and we got to camp on the actual island and walk halfway up the cone. Simply amazing! One side of the island was covered in trees and had a nice black sand volcanic beach. That’s where we set the camp. Well, we didn’t do any of the setting, but the organizers of the trip did. For our group of 8 we had our own boat with a crew of 4, including a chef.  Everything was taken care for us, including a very tasty BBQ in the evening. In addition to hiking, eating and swimming they also took us to couple of snorkeling spots. The volcanic activity has somehow enhanced the corals and the marine life, so there was plenty to see. For the whole trip we paid 1,1 million rupees (~90e) per head, including transportation from Bogor. Several companies organize these charter trips, we used Krakatau Ecotour and were quite happy with them.

After Krakatau we spent another week happily working in Bogor before heading for our well-earned one-week vacation on Gili Trawangan. Sun, sea and relaxation charged our batteries for one more working week in Bogor. And at the same time our last in Asia for a while. During our 3 weeks in Bogor, we didn’t get around that much. We were so absorbed in work, and also victims to the “we have so much time here, we can do it later” syndrome. We did learn how to take the local minibus to the nearby shopping center for some grocery shopping though. At the end we didn’t even visit the only tourist attractions in Bogor, the botanical garden and the presidential palace. Giving us a reason to go back some day.

We spent the last night in Jakarta, wanting to see a bit of it also. And to meet friends who had set up a company there, helping others to do business in Indonesia. They seemed to have quite a good flow of customers, with Indonesia being one of the fastest growing markets in the whole world. We had a good dinner in a local diner, where you get a big set of dishes to the table and only pay for the ones you eat. Antti tried some brains (“tastes like chicken“), but Mirje was less adventurous and settled with some traditionally prepared beef. After dinner we still had time for some drinks and sharing stories of intercultural encounters.

After one month in Indonesia we don’t know that much more about it. The country is huge and diverse, and we’ve just seen a few glimpses of it. Generally we liked what we saw, especially the beautiful nature and friendly locals. 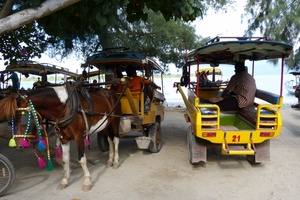 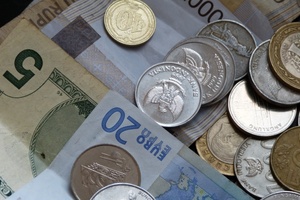